Date: 26 January 2010
Time: 2pm Pacific / 5pm Eastern / 10pm GMT
Location: In Elluminate at http://tr.im/futureofed
A recording of the event will be able to be found at http://www.learncentral.org/node/51752 within a day of the show.

Join me for another in the series of reports from the Innosight Institute, this time profiling a high school that serves primarily low-income students in Chicago with a hybrid model of learning—a fully online curriculum embedded in a physical school. The authors hope that this case study, "VOISE Academy: Pioneering a blended-learning model in a Chicago high school" will help to "open our eyes" to how online learning can work in a physical environment by studying hybrid models that provide clues about how to combine the best of both worlds for the betterment of students.

Located in a poverty-stricken, crime-ridden neighborhood in Chicago, VOISE, which stands for Virtual Opportunities Inside a School Environment, melds a culture of high expectations and no excuses with an online, individualized learning model that allows students to learn at their own pace, progress to new material only after they have mastered a lesson, and receive rapid feedback on how they are doing so that their teachers can further individualize their lessons to meet their distinct needs. In only its second year of operations, VOISE has attracted national attention and has a freshman on-track rate that exceeds the Chicago Public Schools average.

Use the URL near the top of this event to enter the Elluminate room, which will be open 30 minutes before the session begins. If you haven't used Elluminate before, you can go to http://www.elluminate.com/support to ensure that your system is configured correctly. 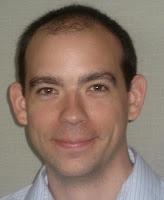 James Sloan was a Visiting Research Fellow in Innosight Institute’s Education Practice in 2009. He holds an MBA from the Harvard Business School and a BS in chemical engineering from the Georgia Institute of Technology, where he graduated with highest honors. Sloan is employed currently as a consultant with The Boston Consulting Group.

Katherine Mackey is a Research Fellow in Innosight Institute’s Education Practice. Prior to joining Innosight Institute in September 2008, she was an eleventh-grade English teacher at Highland High School, a public high school in Utah. She worked previously as a designer at Houghton Mifflin Children’s Books. She is the co-author of a strategic five-year Academic Master Plan for Salt Lake Community College and has assisted with the formation and writing of professional development packets for the Utah State Office of Education. She has also worked as an intern for Senator Orrin G. Hatch for two summers.

Mackey holds a BA in English and French from Wellesley College and an MA in Education from Harvard University.

Michael B. Horn is the co-founder and Executive Director, Education of Innosight Institute, a not-for-profit think tank devoted to applying the theories of disruptive innovation to problems in the social sector. He is the coauthor of Disrupting Class: How Disruptive Innovation Will Change the Way the World Learns (McGraw-Hill: June 2008) with Harvard Business School Professor and bestselling author Clayton M. Christensen and Curtis W. Johnson, president of the Citistates Group. BusinessWeek named the book one of the 10 Best Innovation & Design Books of 2008, Strategy + Business awarded it the best human capital book of 2008, Newsweek named it as the 14th book on its list of “Fifty Books for Our Times,” and the National Chamber Foundation named it first among its 10 “Books that Drive the Debate 2009.”

Disrupting Class uses the theories of disruptive innovation to identify the root causes of schools’ struggles and suggests a path forward to customize an education for every child in the way she learns. Horn has been a featured keynote speaker at many conferences including the Virtual School Symposium and Microsoft’s School of the Future World Summit.

Prior to this, Horn worked at America Online during its aol.com re-launch, and before that he served as David Gergen’s research assistant, where he tracked and wrote about politics and public policy. Horn has written articles for numerous publications, including Education Week, Forbes, the Boston Globe, and U.S. News & World Report. In addition, he has contributed research for Charles Ellis’ book, Joe Wilson and the Creation of Xerox (Wiley, 2006) and Barbara Kellerman’s Bad Leadership: What It Is, How It Happens, Why It Matters (Harvard Business School Press, 2004).

Horn earned his MBA from Harvard Business School and an AB from Yale University, where he graduated with distinction in History.

[Cross-posted from http://www.stevehargadon.com]
Posted by Steve Hargadon at Tuesday, January 26, 2010