Excitement is really building for the 2011 Global Education Conference (November 14 - 18), and this is a quick reminder that proposals for session presentations are due by the end of the day this Monday, October 31st. Submit HERE. (To register to attend the conference, which is free, just join the network at http://www.globaledcon.com.)

We started accepting proposals this past week, and they are being approved in the order submitted. If your proposal is accepted, you then choose a time slot from the available times to present. This is to allow you to choose a day and time to present that are convenient to you. Potential presenters should also join the presenters group on the website to receive email announcements specific to presenters.

Awesome keynote session are starting to be announced, and the conference schedule is filling with a variety of general sessions (you can see them in your own time zone HERE). And there are badges, a poster, and press releases available on the Press and Promotional page of the network!

See you online!
Posted by Steve Hargadon at Saturday, October 29, 2011

Join me Thursday, October 13th, for another live and interactive FutureofEducation.com webinar with Gina Bianchini, co-founder and former CEO of Ning, and now creator of the new Web-based service Mightybell. Mightybell is based on the idea that "success comes from thinking big, but acting incrementally," and so the platform allows you to create and share an "experience." An experience is an organized series of step-by-step “actions” users can follow--however, in true Gina B. style, participants in a Mightybell experience are not alone and they become a community, able to comment, communicate, and support each other at every step. Now, if you're beginning to see the connection to education (social learning!), you're going to really enjoy this conversation with Gina as we explore Mightybell, her plans for the service, and its possible uses in the education world. If you want to explore Mightybell in advance, you can join over 650 fellow "travelers" in the experience I created called "Teacher 2.0: Using the Web for Your Personal and Professional Growth."

From Wikipedia: Gina Bianchini was CEO of Ning, which she co-founded with Marc Andreessen. Since leaving Ning in March 2010, she has been an executive in residence at the Andreesen Horowitz venture firm.

Bianchini re-emerged in September of 2011 as head of a privately-funded Palo Alto start-up called MightyBell, which is offering a social networking app designed for creators of "experiences" to offer step-by-step directions to those who might want to accomplish goals such as running marathons or going on survival expeditions.

Prior to Ning, Bianchini was co-founder and president of Harmonic Communications which was acquired by Dentsu. She has also held positions at CKS Group and Goldman Sachs & Co.

Join me Tuesday, October 11th, for a live and interactive FutureofEducation.com webinar with Timothy D. Wilson on his new book, Redirect: The Surprising New Science of Psychological Change. The book is  not only a fascinating look at the inner workings of personal change (often with regard to self-perceptions in an academic environment), but it is also a clarion call to actually test and measure the results of social change programs--programs which often receive significant financial and cultural support while not actually producing the results they promise, and sometimes even making things worse. We'll talk with Professor Wilson about his book, his experiences in education, and what the implications of his work might be as we think about the current education reform movements. 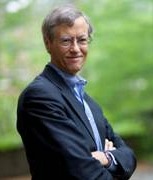 From Wikipedia:  "Timothy D. Wilson is the Sherrell J. Aston Professor of Psychology at the University of Virginia and a researcher of self-knowledge and affective forecasting.

"Wilson has published a trade book, Strangers to Ourselves and co-authored Social Psychology an introductory textbook on social psychology. The textbook has been translated into Italian, Polish, Chinese, German, Russian, and Serbian, and Strangers to Ourselves has been translated into Dutch and Japanese, with Chinese and German editions forthcoming.

"Wilson is best known for his research on self-knowledge, including affective forecasting. Along with Richard Nisbett, Wilson authored one of Psychology's most cited papers 'Telling more than we can know - Verbal reports on mental processes' that demonstrated the difficulty humans have in introspecting on their own mental processes (Psychological Review, 1977, cited 2731 times as of May 22, 2007 according to ISI Web of Knowledge). His longtime collaborator is Daniel Gilbert of Harvard University.

"His research has been supported by the National Institute of Mental Health, the National Science Foundation, and the Russell Sage Foundation. In 2001 he received an All-University Outstanding Teaching Award from the University of Virginia. In 2009, he was named as a fellow to the American Academy of Arts and Sciences.

"He lives in Charlottesville, Virginia, with his wife, Deirdre Smith. He has two children, Christopher and Leigh."

Publisher Description:  "What if there were a magic pill that could make you happier, turn you into a better parent, solve a number of your teenager's behavior problems, reduce racial prejudice, and close the achievement gap in education? Well, there is no such magic pill-but there is a new scientifically based approach called story editing that can accomplish all of this. It works by redirecting the stories we tell about ourselves and the world around us, with subtle prompts, in ways that lead to lasting change. In Redirect, world-renowned psychologist Timothy Wilson shows how story-editing works and how you can use it in your everyday life.

"The other surprising news is that many existing approaches-from the multi-billion dollar self-help industry to programs that discourage drug use and drinking-don't work at all. In fact, some even have the opposite effect. Most programs are not adequately tested, many do not work, and some even do harm. For example, there are programs that have inadvertently made people unhappy, raised the crime rate, increased teen pregnancy, and even hastened people's deaths-in part by failing to redirect people's stories in healthy ways.

"In short, Wilson shows us what works, what doesn't, and why. Fascinating, groundbreaking, and practical, Redirect demonstrates the remarkable power small changes can have on the ways we see ourselves and the world around us, and how we can use this in our everyday lives. In the words of David G. Myers, 'With wit and wisdom, Wilson shows us how to spare ourselves worthless (or worse) interventions, think smarter, and live well.'"

Join me Tuesday, October 4th, for a live and interactive FutureofEducation.com webinar with Peter W. Cookson, Jr., on his book Sacred Trust: A Children's Education Bill of Rights. Peter will discuss his "proposed education bill of rights for American students, including ideas on how to restructure the United States Department of Education for greater equality and improved academic achievement for all learners." 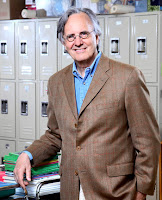 From Peter's Website:  Peter Cookson’s knowledge of schools and children’s learning needs comes from a lifetime of teaching, researching, and working to improve the quality of education for all children. His first job after college was as a case worker for the New York City Department of Social Services. His days were spent visiting the homes of the city’s most disadvantaged citizens. It is to these families, especially the children, that he owes a life’s commitment to the cause of educational justice.

Peter went on to teach social studies at a large rural public school and history and Latin at a private day school. He returned to NYU to receive a Ph.D. in the Sociology of Education and continued on with a post-graduate certificate from the Harvard Graduate School of Education and an M.A. from the Yale Divinity School.

He has taught and held leadership positions at several leading colleges and universities, including Teachers College, Columbia University, where he currently teaches the Sociology of Urban Education. He also currently works with schools around the country as the founder of a Washington, D.C. based consulting firm, Ideas without Borders.

Throughout his career he has written, lectured, debated, and researched extensively on the democratic importance of equality of educational opportunity, 21st century learning, and educational innovation. Some of his works include Preparing for Power: America’s Elite Boarding Schools, co-authored with Caroline Hodges Persell (1985); School Choice and the Struggle for the Soul of American Education (1994); Expect Miracles: Charter Schools and the Politics of Hope and Despair, co-authored with Kristina Berger (2002); and his latest book, Sacred Trust: A Children’s Education Bill of Rights (2011). He is completing another book to be published in 2012, The Great Unequalizer: Class and American Education.

Peter’s wife, Susan, worked for many years as a family therapist and is now a professional artist. They have two children and four grandchildren.

From the Website:  Education sociologist and policy expert Peter Cookson boldly describes an actual education bill of rights for American students that will ensure greater equity and improved academic achievement for all. He presents a national blueprint of action that has been endorsed by major political, economic, and educational leaders.

Cookson explains that “a children’s education bill of rights provides a framework for consensus and constructive action that can build bridges of hope and understanding over the chasms of misunderstanding and mistrust that divide us.”
The book asserts that all children have the fundamental right to:
Included are examples from a wide range of public and private schools in rural, urban, and suburban areas that illustrate problems and solutions. Through vivid storytelling and relevant research, Cookson provides specific and innovative steps for creating a concrete action plan that will lead to just, equitable, and first-class schools.
The book includes a Foreword by Rudy Crew, Former Superintendent of Miami-Dade County Public Schools and Former Chancellor, New York City Board of Education.
Posted by Steve Hargadon at Saturday, October 01, 2011