Time: 1pm Pacific / 4pm Eastern / 9pm GMT (international times here)
Duration: 1 hour
Location: In Elluminate. Log in at http://tr.im/futureofed. The Elluminate room will be open up to 30 minutes before the event if you want to come in early. To make sure that your computer is configured for Elluminate, please visit http://www.elluminate.com/support. Recordings of the session will be posted within a day of the event at the event page.
Event and Recording Page:  http://www.learncentral.org/node/58413
Part of the CUE series at FutureofEducation.com.
Join Mike Lawrence, the Executive Director of Computer-Using Educators (CUE), me for a live and interactive interview with Susan Patrick, President and CEO of iNACOL, the international K-12 nonprofit association representing the interests of practitioners, providers and students involved in online learning worldwide. Susan is a spotlight speaker at the upcoming CUE.org conference in Palm Springs March 4 - 6, 2010. 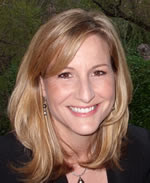 Susan Patrick is the President and Chief Executive Officer of the International Association for K-12 Online Learning (iNACOL). iNACOL is the international K-12 nonprofit association representing the interests of practitioners, providers and students involved in online learning worldwide.

She is the former Director of the Office of Educational Technology at the U.S. Department of Education. As Director, she published the U.S. National Education Technology Plan for Congress and managed research and technical assistance programs on educational technology. In addition, she co-chaired the federal government’s Advanced Technologies Working Group for Education and Training; and served as a member of the Secretary’s Rural Education Task Force.

In 2008, Susan Patrick was named by eSchool News, a leading national education technology journal, as one of the top 10 national education leaders who “have had a profound impact on educational technology” in the past decade for her work at iNACOL and at the U.S. Department of Education.

Prior, Patrick worked in Arizona on government technology policy and legislation under Governor Jane Dee Hull. She received the 2001 Governor’s Spirit of Excellence Award.

Patrick was the first woman to play in the men’s intramural football league at the Colorado College. 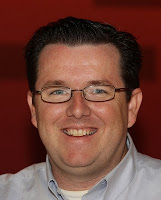 Mike Lawrence has been impacting education as a Teacher, Speaker, Technology Coordinator and Director for more than fifteen years. He is a respected presenter at national conferences and events and was honored to be named an Apple Distinguished Educator in 2003. He also assisted in the development and launch of both the Discovery Educator Network (DEN) and the Google Teacher Academy programs. Mike is an author and editor and can often be found at his local coffee house on his laptop. He currently serves as Executive Director of Computer-Using Educators, supporting its California-based membership by advancing student achievement through technology on a national level. Each year, thousands of educators attend CUE’s conference events, making it the premier Educational Technology association of the Western US.

He began his educational career teaching high school English, often writing his own English elective courses to engage students typically disinterested in the core subject (Science Fiction Literature, anyone?). As a Technology Coordinator, he led delivery of all hands-on technology professional development, including Principal Training Programs for Southern California administrators, as well as the Student Technology Showcase and Technology Proficiency programs.

Mike’s humor and background as a teacher inform all of his presentations, making them accessible to educators of all levels and curricular areas. He lives with his wife Julie, son Jay, and daughter Kellen in Southern California.
[Cross-posted from http://www.SteveHargadon.com]
Posted by Steve Hargadon at Monday, February 22, 2010