Join me for a live and interactive interview in Elluminate with Bernie Trilling and Charles Fadel. In 21st Century Skills

, Trilling and Fadel tell why and how the global landscape for learning is reshaping itself, and what this global transformation, often called the “21st century skills movement,” may bring to a school near you. 21st Century content includes the basic core subjects of reading, writing, and arithmetic-but also emphasizes global awareness, financial/economic literacy, and health issues. The skills fall into three categories: learning and innovations skills; digital literacy skills; and life and career skills. Based on a framework developed by the Partnership for 21st Century Skills, their book and DVD vividly illustrate the skills needed to survive and thrive in a complex and connected world.

DETAILS:
Date: Wednesday, March 17th, 2010
Time: 5pm Pacific / 8pm Eastern / 12am (next day) GMT (international times here)
Duration: 1 hour
Location: In Elluminate. Log in at http://tr.im/futureofed. The Elluminate room will be open up to 30 minutes before the event if you want to come in early. To make sure that your computer is configured for Elluminate, please visit http://www.elluminate.com/support. Recordings of the session will be posted within a day of the event at the event page.
Event and Recording Page:  http://www.learncentral.org/event/60487
OUR GUESTS:
Bernie Trilling and Charles Fadel, have long been completing each other’s sentences at Board meetings of the Partnership for 21st Century Skills (P21). Since 2005 they have co-chaired P21’s Standards, Assessment and Professional Development Committee, which produced P21’s breakthrough 21st century learning framework. This framework, plus the committee’s white papers, skills maps, policy guides, and “Route 21” web repository of 21st century learning examples and resources are all helping to guide the transformative work of education across the world.

In their global education roles, Bernie and Charles have spoken to thousands of educators and met with hundreds of education leaders on the move to a 21st century approach to learning.

Though they both have been deeply involved in the development of innovative technologies to reshape learning, Bernie and Charles share a deep conviction that the most important learning tools are our minds, our hearts and our hands, all working together. 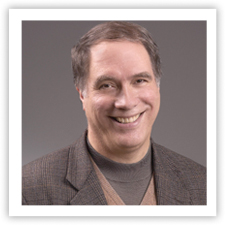 Bernie Trilling is global director for the Oracle Education Foundation, directing the development of education strategies, partnerships, and services for the Foundation’s ThinkQuest program. He represents the Foundation as a board member of the Partnership for 21st Century Skills.

Bernie has worked on a number of pioneering educational products and services, and is an active member of a variety of organizations dedicated to bringing 21st century learning methods to students and teachers across the globe. Prior to joining the Oracle Education Foundation, Bernie was director of the Technology In Education group at WestEd, a U.S. national educational laboratory, where he led a team of educational technologists in integrating technology into both the instructional and administrative realms of education. He has also served in a variety of roles in both education and industry, including executive producer for instruction at Hewlett-Packard Company, where he helped lead a state-of-the-art, global interactive distance learning network.

As an instructional designer and educator, Bernie has held a variety of professional educational roles in settings ranging from preschool to corporate training. He has written dozens of articles for educational journals and magazines, as well as chapters for educational books, and is a featured speaker at numerous educational conferences.

Bernie attended Stanford University where he studied environmental science and education. He also took some time off from Stanford to help organize the very first Earth Day in Washington, D.C.

Taking Mark Twain’s advice of “never letting school interfere with one’s education,” Bernie has been a lifelong, self-propelled learner, spending much of his career furthering the kinds of learning experiences that he has found most engaging, collaborative, real-world, and powerful, working to make these experiences available to learners of all ages. 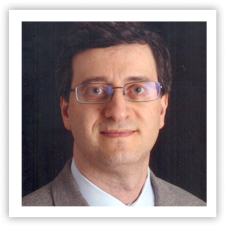 Charles has been awarded five patents on video, content, and communication technologies. He holds a bachelor of science in electronics with course concentration in quantum and solid-state physics with a minor in neuroscience, and a master of business administration in international marketing. An avid reader, he has autodidactically learned disciplines such evolutionary psychology and comparative linguistics. He also enjoys the lessons of classical history.

[Cross-posted from http://www.stevehargadon.com]
Posted by Steve Hargadon at Tuesday, March 16, 2010