Join me Thursday, December 16th, for a live and interactive FutureofEducation.com webinar with Alfie Kohn, author of eleven books, including The Homework Myth:  Why Our Kids Get Too Much of a Bad Thing

and Punished By Rewards:  The Trouble with Gold Stars, Incentive Plans, A's, Praise, and Other Bribes.  Kohn writes and speaks widely on human behavior, education, and parenting. His criticisms of competition and rewards have been widely discussed and debated, and he has been described in Time magazine as "perhaps the country's most outspoken critic of education's fixation on grades [and] test scores."

Date: Thursday, December 16th, 2010
Time: 12pm Pacific / 3pm Eastern / 8pm GMT (international times here)
Duration: 1 hour
Location: In Elluminate. Log in at http://tr.im/futureofed. The Elluminate room will be open up to 30 minutes before the event if you want to come in early. To make sure that your computer is configured for Elluminate, please visit http://www.elluminate.com/support. Recordings of the session will be posted within a day of the event at the event page.
Event and Recording Page:  http://www.learncentral.org/event/125470 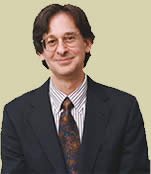 Alfie Kohn's criticisms of competition and rewards have helped to shape the thinking of educators -- as well as parents and managers -- across the country and abroad. Kohn has been featured on hundreds of TV and radio programs, including the "Today" show and two appearances on "Oprah"; he has been profiled in the Washington Post and the Los Angeles Times, while his work has been described and debated in many other leading publications.

Kohn lectures widely at universities and to school faculties, parent groups, and corporations. In addition to speaking at staff development seminars and keynoting national education conferences on a regular basis, he conducts workshops for teachers and administrators on various topics. Among them: "Motivation from the Inside Out: Rethinking Rewards, Assessment, and Learning" and "Beyond Bribes and Threats: Realistic Alternatives to Controlling Students' Behavior." The latter corresponds to his book BEYOND DISCIPLINE: From Compliance to Community

(ASCD, 1996), which he describes as "a modest attempt to overthrow the entire field of classroom management."

Kohn's various books have been translated into Chinese, Japanese, Korean, Spanish, German, Italian, Swedish, Dutch, Bulgarian, Portuguese, Arabic, Hebrew, Thai, and Malaysian. He has also contributed to publications ranging from the Journal of Education to Ladies Home Journal, and from the Nation to the Harvard Business Review ("Why Incentive Plans Cannot Work"). His efforts to make research in human behavior accessible to a general audience have also been published in the Atlantic Monthly, Parents, and Psychology Today.

His many articles on education include a dozen widely reprinted essays in Phi Delta Kappan from 1991 to 2008. Among them: "Choices for Children: Why and How to Let Students Decide," "How Not to Teach Values: A Critical Look at Character Education," "Test Today, Privatize Tomorrow," and "Why Self-Discipline is Overrated."

Kohn lives (actually) in the Boston area with his wife and two children, and (virtually) at www.alfiekohn.org.