Join me Tuesday, May 31st, for a live and interactive Future of Education webinar with James Bosco, Principle Investigator at the Consortium for School Networking (CoSN).  For the past 3 years CoSN has been involved in a project which is called "Participatory Learning in Schools: Leadership and Policy." This project is funded by the John D. and Catherine T. MacArthur Foundation and is included in the Foundation's digital media and learning program.  Jim asks if "participatory learning" is just another set of buzzwords that will be here today and gone tomorrow? What does "participatory learning" actually mean, and how does it intersect with digital media? What has the CoSN project revealed about efforts in school districts to confront the challenges and seize the opportunities of participatory learning?

Date: Tuesday, May 31st, 2011
Time: 5pm Pacific / 8pm Eastern / 12am GMT (next day--international times here)
Duration: 1 hour
Location: In Elluminate. Log in at http://tr.im/futureofed. The Elluminate room will be open up to 30 minutes before the event if you want to come in early. To make sure that your computer is configured for Elluminate, please visit http://www.elluminate.com/support. Recordings of the session will be posted within a day of the event here.
Event Recording: The recording of the session will be posted here afterwards.  The LearnCentral event page is http://www.learncentral.org/node/162493. 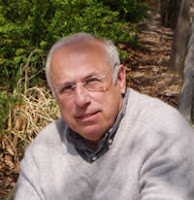 James Bosco is a Professor Emeritus in the Department of Educational Studies at Western Michigan University in Kalamazoo, Michigan.  He obtained a bachelor’s degree in elementary education from Duquesne University in Pittsburgh, Pennsylvania in 1961. His Master’s degree in education was earned at University of Pittsburgh in 1963. In 1966, he was awarded a Doctorate from Teacher’s College Columbia University with a specialization in curriculum research and theory development.

He has held various administrative positions at Western Michigan University such as the Director of Educational Research, the Director of the Grand Rapids Public Schools – Western Michigan University Center for Educational Studies, the Merze Tate Center for Research and Information Processing, and the Director of the Office of Educational Technology. He was the Chief Research Officer and also the director of External Technology Relations for the WMU College of Education. Most recently he served as the  WMU Coordinator for the “Kalamazoo Promise” which began in November 2005.  He held this position from March, 2006 until June, 2008.  The Kalamazoo Promise  provides four year post-secondary scholarships for every graduating high school student in Kalamazoo the Promise has been the catalyst for educational reform and area economic/community development.  The Kalamazoo Promise has inspired similar initiatives  in a number of cities around the U.S.

His teaching responsibilities involved  graduate level courses in research methods and in undergraduate and graduate level courses in educational technology. He led efforts to develop an on-line master’s program at WMU for school technology directors and he taught courses in the program.  This program was one of the first of its kind in the U.S. His early work on educational technology focused on the design, development,  and evaluation of interactive video learning applications  and he played a key role in development projects with the Upjohn Pharmaceutical Company, Clarke Equipment Company, and the General Motors - United Auto Workers Human Resource Center. This work led to a series of multi-media training products and publications on that topic. Additionally, he directed a U.S. Department of Defense project pertaining to the repurposing of training materials produced by the DoD for civilian use.

Over the past twenty years, he has been actively engaged in policy formation and development projects pertaining to educational and school reform. From 1990 to 1996 he served as co-director for a Kellogg Foundation project dealing with the restructuring of a secondary school in Kalamazoo. From 1991 to 1994 he was principal investigator for an evaluation of a Star Schools Project sponsored by a grant from the United States Department of Education. The project was a three-state consortium involving New York, Pennsylvania, and Michigan and focused on the development and implementation of multi-media and telecommunication technologies in school programs. He was the Director of the Southwestern Michigan Interconnect for Learning Experiences which was and was one of the eight hubs in Michigan that were established in order to begin connecting Michigan schools to the Internet in the mid-nineties. In 1997-98 he was the director of a project funded by the Michigan Department of Education pertaining to the reform of teacher education through the integration of information technology.

At the state level, some of his major involvements have been as a member of the committee appointed by the State Board of Education that developed technology standards for entry level teachers and as member of the State of Michigan advisory committees for the State Superintendent of Public Instruction and for the State Board of Education. He was a member of U.S. Senator Carl Levin’s educational technology working group which developed a series of initiatives to pertaining to innovative uses of technology in Michigan schools. He served as chair of the Michigan Board of Directors for the Michigan Tech Corp and was the Michigan coordinator of ThinkQuest.

At the national and international level, Bosco was the 1997 chairperson for the  Consortium for School Networking (CoSN) National Conference and he served as the  chair of the CoSN board in 1998. During the period of his chairmanship of CoSN he was involved in efforts to establish the eRate in the U.S. He testified before the U.S. Copyright Commission during the development of the Copyright Millenium Act on behalf of K-12  educaiton. He played  a major role in encouraging linkages between educational technology in the U.S. and other nations by establishing an International Committee for CoSN which has had active and effective consequences in fostering international cooperation and collaboration among policy makers and  educational leaders with regard to the use of educational technology in schools .  He has chaired or co-chaired that Committee since its inception in 1998.   He has participated in delegations of national education technology leaders to Europe, Australia, and Scandinavia.   James Bosco also co-chairs the CoSN International Symposia which bring together U.S. educational technology policy leaders along with their counterparts from around the world to focus on a key topic on a yearly basis.  He was responsible for forming a national consortium and chaired the advisory board of the” Technology Standards for School Administrators.” Those standards developed were adopted by ISTE as the “NetsA” standards.

James Bosco’s publications over the past twenty years have been focused on the issue of educational and school reform. He was the editor of a special issue of the Peabody Journal of Education titled, “Beyond the Computer Revolution” in the Fall of 1986 and wrote a paper for the issue titled, “The Organization of Schools and the Use of Computers to Improve Schools.” In 1995, he was commissioned to write a paper entitled, Schooling and Learning in an Information Society for the United States Congress which appeared in a report by the U.S. Congressional Office of Technology Assessment called Future Visions. He wrote the article in the last edition (1996) of the Handbook of Research on Teacher Education dealing with “Alternatives to Public Education.” In September, 1999, he completed a study of state K-12 technology networks and was involved in a successful effort to create a national organization for state educational technology directors. Among his most recent work have been invited presentations in Ireland, the U.K, and Australia  focused specifically on school and education reform such as: “Toward a Balanced Appraisal of Educational Technology in U.S. Schools and a Recognition of Seven Leadership Challenges:” (Washington D.C. 2003); “Is it Possible to Reform Schools? Toward Keeping the Promise of ICT in Schools” (Dublin,2004); “Building New Schools” Sydney, 2005.)
Posted by Steve Hargadon at Monday, May 30, 2011