Join us Thursday, February 24th, for a live and interactive FutureofEducation.com webinar with Michael Horn and Heather Staker from the Innosight Institute as they discuss their case study on the North Carolina School Connectivity Initiative, a public-private approach to bringing Internet access to K-12 public schools.

Date: Thursday, February 24th, 2011
Time: 5pm Pacific / 8pm Eastern / 1am GMT (next day--international times here)
Duration: 1 hour
Location: In Elluminate. Log in at http://tr.im/futureofed. The Elluminate room will be open up to 30 minutes before the event if you want to come in early. To make sure that your computer is configured for Elluminate, please visit http://www.elluminate.com/support. Recordings of the session will be posted within a day of the event at the event page.
Event and Recording Page:  http://www.learncentral.org/event/138193

The North Carolina School Connectivity Initiative:  A public-private approach to improving school data networks.  In 2006, Education Week gave North Carolina a “D” on its report card for Internet access. The problem was not a lack of world-class Internet resources. North Carolina had a flagship network, the North Carolina Research and Education Network (NCREN), which provided fiber-optic infrastructure to many of the state’s higher education institutions. But K–12 public schools lagged behind. Fifteen percent of districts relied on wireless or copper connections for their wide area networks (WANs), instead of faster, more reliable, fiber-optic connectivity. Almost all the districts negotiated their own contracts with third-party Internet service providers, which often led to high rates, excessive overage fees, and latency issues. Rural areas particularly struggled because their sparse populations and rocky terrain created a shortage of supply of Internet service providers.  By November 2009, only 6.5 percent of the approximately 2,400 schools in the state did not have fiber connecting them to their district WANs. In addition, all 115 public school districts now were connected to NCREN to access content and administrative applications from the state. Furthermore, 41 percent of districts also were using NCREN to access the public Internet. 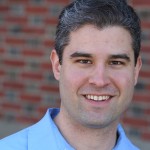 Michael B. Horn is the co-founder and Executive Director, Education of Innosight Institute, a not-for-profit think tank devoted to applying the theories of disruptive innovation to problems in the social sector. He is the coauthor of Disrupting Class: How Disruptive Innovation Will Change the Way the World Learns

(McGraw-Hill: June 2008) with Harvard Business School Professor and bestselling author Clayton M. Christensen and Curtis W. Johnson, president of the Citistates Group. BusinessWeek named the book one of the 10 Best Innovation & Design Books of 2008, Strategy + Business awarded it the best human capital book of 2008, Newsweek named it as the 14th book on its list of “Fifty Books for Our Times,” and the National Chamber Foundation named it first among its 10 “Books that Drive the Debate 2009.” 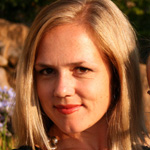 Heather Clayton Staker is a Senior Research Fellow and Project Manager for the Education Practice at Innosight Institute. Staker has experience as a strategy consultant for McKinsey & Company, a sales manager for Procter & Gamble, and as the co-founder and CFO of Karaeiga, LLC, now Yoostar Entertainment.  In addition, Staker served as a member of the California State Board of Education and a member of the Irvine Unified School District Board of Education. She was also an HBS Fellow at the Cambridge Incubator and a Koch Fellow at Citizens for a Sound Economy in Washington, D.C.
Posted by Steve Hargadon at Wednesday, February 23, 2011