Live Tuesday August 16th with Gary Lopez on HippoCampus.org and Teaching with the Power of Open, Digital Resources

Join me Tuesday, August 16th, for a live and interactive FutureofEducation.com webinar with Dr. Gary Lopez to discuss HippoCampus, a project of the Monterey Institute for Technology and Education (MITE) to provide high-quality, multimedia content on general education subjects to high school and college students free of charge. 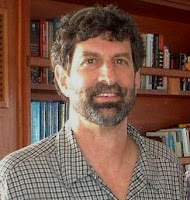 Gary Lopez is the Founder and Executive Director of Monterey Institute for Technology and Education (MITE, http://www.montereyinstitute.org), a non-profit corporation dedicated to helping meet society’s need for access to quality education, and the manager of the National Repository of Online Courses (NROC) and HippoCampus (http://www.hippocampus.org). MITE receives it major funding from The William and Flora Hewlett Foundation, The Bill and Melinda Gates Foundation, and the John D. and Catherine T. MacArthur Foundation.

Lopez was the founder and president of Archipelago (1983-1997), a developer of award-winning analog and digital products for the education market.  Archipelago created hundreds of films, videodiscs, software programs, book series for many of the largest educational publishers in the United States, including Harper Collins, Encyclopaedia Britannica, Saunders, and Prentice Hall. Archipelago also produced nationally-broadcast television programming for PBS and The Cousteau Society. Archipelago was acquired by Harcourt Brace in 1993.

Lopez is also the former President and CEO of NETg (1997-2002), a pioneer in providing e-Learning solutions to many of the largest corporations in the world, including Shell, IBM, AT&T, Honeywell and Motorola. Under his leadership, NETg developed a library of more than 1,200 multimedia-based courses, grew to more than 800 employees, and had offices in 30 countries. NETg was acquired by Thomson Corporation in 2001.

In 2006 Lopez created and produced the television special, Voyage to Kure, the inaugural episode of the PBS series, Jean-Michel Cousteau Ocean Adventures. The documentary film was cited by President George W. Bush as his inspiration for the establishment of the Northwestern Hawaiian Islands National Monument (Los Angeles Time, June 15, 2006). 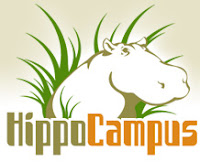 HippoCampus is a project of the Monterey Institute for Technology and Education (MITE). The goal of HippoCampus is to provide high-quality, multimedia content on general education subjects to high school and college students free of charge.

HippoCampus was designed as part of Open Education Resources (OER), a worldwide effort to improve access to quality education for everyone. HippoCampus content has been developed by some of the finest colleges and universities in the world and contributed to the National Repository of Online Courses (NROC), another MITE project. NROC makes editorial and engineering investment in the content to prepare it for distribution by HippoCampus. Both HippoCampus and NROC are supported by The William and Flora Hewlett Foundatio