Working in conjunction with the Michigan Department of Education and Emmy Award Winning Director, Allyson Rockwell, the Mason-Lake and Oceana ISDs are working on a documentary film chronicling the success in the pilot kindergarten and second grade iPad classrooms in Ludington, Michigan. The classroom pilots, funded by 21st Century Learning Environments, have had "tremendous success" and are gaining much attention at the state and national levels. The documentary project has already received funding, and those involved have submitted a grant application to expand the ipads to all pre-K-2 students in the three counties. We'll talk with members of the team involved in this project, and give time for Q and A. 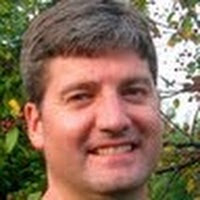 As State Director of Educational Technology and Data Coordination at the Michigan Department of Education (MDE), Bruce Umpstead is responsible for implementing Michigan's online learning graduation requirement and the State Educational Technology Plan. His major professional points of emphasis are using technology to support research based school improvement and innovation programs, creating incentives for technology adoption, and taking technology-based innovations to scale in education.

Ashley McDonald has been given an amazing opportunity to implement iPads in her kindergarten classroom for the past two school years. Her students have accomplished far more than she ever imagined, as she feels iPads are a great resource to level instruction so that all students needs are being met. She attended Grand Valley State University from 2002 to 2006 with undergrad in Elementary Education, emphasis in Integrated Science. Her first teaching job was a kindergarten position in Phoenix, Arizona. While in Arizona she obtained my Masters degree in Early Childhood Instruction, specializing in reading. This is her 6th year teaching. 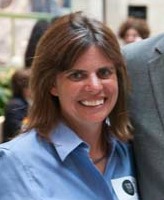 Director/Producer Allyson Rockwell, has worked produced/directed numerous corporate, political, industrial and educational videos. She has produced documentary films from the Sub-Arctic of northern Quebec to Leon, Nicaragua on topics ranging from a controversial hydro-power plant and it's effect on the environment to a holocaust survivor who’s inspiration helps to change our world. Recently she won an Emmy award for “Detroit Remember When: The Jewish Community” which documented the history of the Jewish community in the Detroit area and just completed and educational outreach program called “FlipClips” where she worked with teens to create short films about what makes them proud of their community. As a producer for smART TV, Rockwell produced an educational series bringing arts and culture programming to middle school students. She was also a producer for “The Learning Classroom: Theory Into Practice” which is a 13-part video- and Web-based course for teacher education and professional development. It was created through a partnership between the Annenberg Foundation and the Corporation for Public Broadcasting with the course content and this print guide developed by Stanford University’s School of Education. The project uses media and telecommunications to advance excellent teaching in American schools. 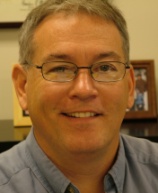 Tom Johnson serves as the Director of Technology for the Mason-Lake and Oceana ISDs, two regional intermediate school districts in Western Michigan. His career in education, both as student and educator, has been non-traditional. Leaving college after three years and entering the private sector, Mr. Johnson was drawn to a 'make a difference' and a career in education. He worked twelve years in K-12 education before completing his bachelors degree in Community Development and Administration. However, this didn't limit his impact as he strove to make education relevant for students and to leverage technology to do so. Earning his Masters in Education, completely online, in under two years his focus narrowed on impacting teaching and learning directly. Having successfully written and managed nearly 100 grants, most in educational technology, over the past eighteen years, his vision for the future of education is one of students engaged and collaborating with learning driven by curiosity and social interaction. As someone who personally longed for relevance and the freedom to learn in his own way and at his own pace, Mr. Johnson is an advocate for and believes in the potential of all students. 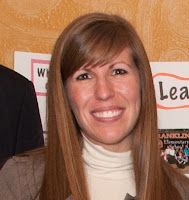 Amber Kowatch is a Second Grade Teacher at Franklin Elementary School in Ludington, MI. She is a graduate of Lake Superior State University where she is currently working to complete her master’s degree in Curriculum and Instruction. Her first teaching job landed her in Sault Ste. Marie, MI at a well funded charter school that used technology to its’ fullest potential. This has led Amber to do everything possible to use technology in her classroom. As most public schools are faced with difficult budgets, Ludington Area School District is as well. Not having the funding to purchase technology, Amber was approached to lead a pilot program using iPads one to one in her second grade classroom. This project has gained national attention and is currently being used as the basis for a documentary. The iPad pilot has been extremely successful in engaging Amber’s students on their own educational journey and has changed the way her students learn and the way she teaches!
Posted by Steve Hargadon at Wednesday, September 28, 2011