Join me Tuesday, September 27th, for a live and interactive FutureofEducation.com webinar with Cecilia d’Oliveira, Executive Director, OpenCourseWare (OCW) at the Massachusetts Institute of Technology (MIT). Cecilia was the technology director for OCW since 2002, and in 2008 was named executive director. She was also a winner of a 2010 WISE Award. 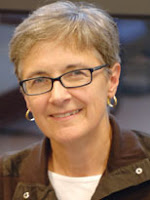 Cecilia d’Oliveira is Executive Director of OpenCourseWare at the Massachusetts
Institute of Technology. Ms. d'Oliveira leads the team that works with MIT faculty to publish MIT's course materials openly and with organizations around the world who are implementing their own opencourseware programs as institutional initiatives or national education policy. From 2002 to 2008 she served as MIT OpenCourseWare's Technology Director with responsibility for  building the technical infrastructure for the program. Over 25 years she has worked in a variety of information technology positions, focused on technology innovation in support of MIT education, research and business initiatives. Ms. d’Oliveira received a Master's degree from M.I.T.'s Sloan School of Management and a Bachelor's degree in Computer Science from MIT.

From the OpenCourseWare Site:  In 1999, MIT Faculty considered how to use the Internet in pursuit of MIT's mission—to advance knowledge and educate students—and in 2000 proposed OCW. MIT published the first proof-of-concept site in 2002, containing 50 courses. By November 2007, MIT completed the initial publication of virtually the entire curriculum, over 1,800 courses in 33 academic disciplines. Going forward, the OCW team is updating existing courses and adding new content and services to the site.
Posted by Steve Hargadon at Saturday, September 24, 2011