Leonard Waks on "The Web 2.0 Educational Revolution: Are We There Yet?" 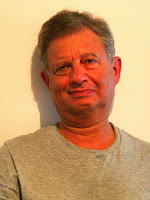 Tonight, as a part of my FutureofEducation.com interview series, I'll be talking live with Leonard Waks, Professor Emeritus in Educational Leadership and Policy Studies at Temple University, who's writing a book with the working title The LearningWeb Revolution: Web 2.0, Digital Tools, and the Transformation of Education.  Join us for what promises to be a fascinating discussion of educational change.

Date:  Tuesday, 11 May, 2010
Time: 5pm Pacific / 8pm Eastern / 12am (next day) GMT (international times here)
Duration: 60 minutes
Location: In Elluminate. Log in at http://tr.im/futureofed. The Elluminate room will be open up to 30 minutes before the event if you want to come in early. To make sure that your computer is configured for Elluminate, please visit http://www.elluminate.com/support. Recordings of the session will be posted within a day of the event at the event page.
Event (and Recordings) Page:  http://www.learncentral.org/event/73309

Leonard has been an active participant in the FutureofEducation.com series, and is doing an amazing job synthesizing the larger themes playing out in education as reflected through previous guests and other current voices.  In preparing for tonight's interview he has written me:


"I think we are at a crossroads at the moment. On the one hand folks like Robert Epstein and Anya Kamenetz are pulling away from the schools to take advantage of the affordances of the web.  On the other, so many folks are doing the opposite: channeling the power of the web into the schools to neuter it while retaining the top down structure of learning.

...My questions (and answers) are:  what is fundamental or revolutionary change (change in basic grammar of learning or 'paradigm'), is web 2.0 generating fundamental change yet (not really), will it (probably but not inevitably), what would it look like if it did (open learning centers), and how will it get there if indeed it will (a path from virtual schooling to blended schools to OLCs). I think the transition to blended schools will now be swift; the question is what happens next...

Here are a few interesting thoughts from your favorite authors to put together:

1. We are surrounded with new tools that are powerful, mobile, cheap, easy to learn, easy to use, and soon will be ubiquitous. (Jeff Howe)

2. With these tools it is increasingly easy to learn, to contruct and express one's knowledge and insights, to exchange, to cooperate and collaborate, and to act collectively (Clay Shirky).

3. Late teen and early adult years are cognitively peak years (Bob Epstein) and the young people are the primary users of the new tools (Kaiser Family Foundation and others).

4. All of the world's useful knowledge is already on-line or soon will be, and is readily acquired and mashed up for re-use by the new digital tools. This knowledge, circulating in open access formats, is better than the official knowledge because it is subject to rapid correction and augmentation (Judy Breck and others).

5. As a result teens and adults do not need schools and teachers, and in fact are infantilized and humiliated by their constraints (Epstein).

6. As a result the overwhelming percent of them hate their schools (Collins and Halverson).

7. At the same time all sorts of outside the system innovation is being generated by educational entrepreneurs, such as Live Mocha.(Curt Bonk tells the whole story here).

8. Meanwhile college diplomas are increasingly worthless as links to advantageous jobs, unless they come from elite colleges  -- it is the elite college link, not the diploma, that pays. And elite colleges are pricing the middle class out (as Kramanatz said this evening -- though this is hardly fresh news).

9. Larry Cuban is probably right that the schools have great internal capacity to adjust without changing in very fundamental ways -- they'll continue to be age-graded egg-crated curricularized test-oriented factories as long as they can. I might agree with Cuban not to expect much change from within.

So where does that leave us? My story is that blended schools can morph into something quite different, and may have to in order to avoid a blow up. But nothing is inevitable.

This promised to be quite an evening!  More about Leonard:


Leonard J. Waks holds earned doctorates in philosophy (University of Wisconsin, Madison, 1968) and organizational studies (Temple University, 1984). For almost half a century he has been examining the links between technology and education, publishing more than 100 journal articles and book chapters and a book, Technology’s School (CAI, 1995). He taught philosophy and educational theory at Purdue, Stanford, and Penn State, and retired in 2005 from the department of educational leadership at Temple University. In the 1960s at both Purdue and Stanford he introduced the nation’s first regular courses on the philosophy of revolutionary change. At Temple in the mid-1990s he introduced one of the first courses on education in network society.

Waks was co-founder of the National Technological Literacy conferences, which earned him first prize in creative programming by the Association for University Continuing Education. He co-authored the first article on “technology” in the Encyclopedia of Philosophy, and served as associate editor for the periodical Research in Philosophy and Technology.  He co-directed the summer institute for college teachers sponsored by National Endowment for Humanities on Re-Examining Technology, and he offered popular National Science Foundation Chautauqua workshops for college science teachers on Integrating Technology and Social Issues in College Science. He has also received numerous other research, training, and course development grants from the National Science Foundation, the U.S. Department of Education, and other agencies.

[Cross-posted from http://www.stevehargadon.com]
Posted by Steve Hargadon at Tuesday, May 11, 2010