Tonight, as a part of my FutureofEducation.com interview series, I'll be talking live with Think Global School's Aron Solomon, CEO and Head of School, and Laura Malbogat, Curriculum Coordinator.  The school will open its first ninth grade class in September 2010, aiming to become "the world's first global mobile high school."  Based in a different international city each of its twelve trimesters, the private, non-profit school's educational model integrates the classroom with immersive, experiential learning on a global scale, hoping to prepare "a select number of international students not just for university, but for leadership in an increasingly complex, inter-connected and multicultural world."  Fifteen students from across the globe are bing admitted into the first, with fifteen or more international students being admitted each subsequent year as the proceeding class advances to the next grade.  The 2010-2011 school year will be based in Stockholm, Sydney and Beijing/Hong Kong, with all of the students living and studying in Kuala Lumpur, Berlin and Santiago the following year.

Time: 5pm Pacific / 8pm Eastern / 12am (next day) GMT (international times here)
Duration: 60 minutes
Location: In Elluminate. Log in at http://tr.im/futureofed. The Elluminate room will be open up to 30 minutes before the event if you want to come in early. To make sure that your computer is configured for Elluminate, please visit http://www.elluminate.com/support. Recordings of the session will be posted within a day of the event at the event page.
Event (and Recordings) Page:  http://www.learncentral.org/event/73314
"The vision for THINK Global School is to take the wonders of the world and make them our classroom," said executive chair and founder, Joann McPike, who is also a photographer, world traveler and mother. "We will offer children an alternative to a customary deskbound education and the chance to experience the varied cultures, beliefs, languages and histories of twelve remarkable countries in all their splendor and complexities.  Our world-class instructors and local guides and experts will pique students' curiosity and nurture their ingenuity.  THINK Global School will help our students develop the wisdom, tolerance, understanding and respect needed to create, question and eventually lead as outstanding, globally committed citizens." 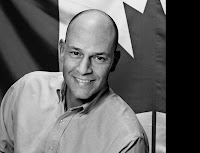 Aron Solomon, a top independent school administrator and teacher in the U.S. and Canada for more than twenty years, is THINK Global School's CEO and Head of School.  "The world is rapidly evolving, making international dialogue and understanding more crucial than ever before," Solomon said.  "THINK Global School will prepare students for twenty-first century living and leading by taking global perspectives as the foundation of its curriculum and recognizing that we all, particularly children, learn best through doing."

For the past twenty-two years, Aron has worked at top independent schools in the United States and Canada. He has been an admissions director; acting headmaster; residence director; teacher of English, Political Science, Creative Writing, Economics, Sociology and American Studies; and coach of soccer, hockey, tennis, basketball and squash at such institutions as Mercersburg Academy and Appleby College.

Aron has dedicated himself to creating new models of education that embrace a commitment to philanthropy, international awareness and emerging technology, and to elevating the power of optimism.  Charitable work is a cornerstone of Aron’s life, and he has volunteered with Amnesty International's Urgent Action Network, communicating directly with governments to gain the release of torture victims and aiding their resettlement in Canada. He spearheaded a relief mission in China following 2009’s Sichuan earthquake, raising thousands of dollars that was given directly to the victims. Aron is also passionate about his work with i.c. stars, a Chicago-based non-profit organization that will develop 1,000 community leaders by 2020 through a business and technology training program.

A native of Montreal, he has lived in over thirty cities; visited China over fifty times; is fluent in English, French and Spanish; and dabbles in Mandarin, Swedish, Dutch and Norwegian. He dreams of acquiring some Vietnamese, Indonesian and Japanese one day. 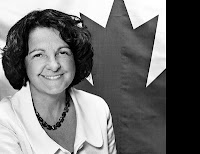 Laura Malbogat has worked in the education field for more than twenty-five years, spending ten years overseas with students ranging in age from kindergarten through university level. She has been a teacher, counselor, administrator, college advisor and special-needs consultant at high schools and colleges in Montreal, Quebec, including Riverside Academy High School, McGill University, and Vanier College, as well as many World IBO (International Baccalaureate Organization) schools such as the American International School of Johannesburg, Mont’Kiara International School in Kuala Lumpur, and Harare International School in Zimbabwe.

Currently; Laura is an educational consultant, working internationally with educational organizations to develop and implement curriculums that promote an expansive worldview. She believes in applying a holistic approach to educational programs that are responsive to the needs of educators and students globally. Laura also specializes in developing programs with an emphasis on integrating technology.

She received her Master of Education, with honors, as well as diplomas in special education and elementary education from McGill University. Laura has spoken at many leading international educational conferences and served as vice president on the OACAC Board and on the IBO World Summit project.