Thursday, July 7th - Carol Black on "Schooling the World" and the Failures of Institutional Education

Join me Thursday, July 7th, for a live and interactive Future of Education interview with Carol Black, director of the film Schooling the World: The White Man's Last Burden.  The film questions the impact of modern educational methods and structures on indigenous cultures, particularly in the Buddhist culture of Ladakh in the northern Indian Himalayas--and then ultimately also questioning institutional education's promises in the United States and in the "developing world."  Film clips, a discussion guide, screening information and locations, and more are available on the film's website at http://www.schoolingtheworld.org.

Date: Thursday, July 6th, 2011
Time: 5pm Pacific / 8pm Eastern / 12am GMT (next day--international times here)
Duration: 1 hour
Location: In Elluminate. Log in at by clicking here. The Elluminate room will be open up to 30 minutes before the event if you want to come in early. To make sure that your computer is configured for Elluminate, please visit http://www.elluminate.com/support. Recordings of the session will be posted within a day of the event here.
Event Recordings: The full Elluminate recording and an mp3-audio version will be posted within a day of the show. The LearnCentral event page is http://www.learncentral.org/event/165063. 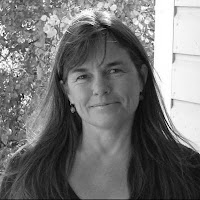 Carol Black is an Emmy-Award-winning writer/director/producer of both entertainment and documentary television and film, co-creator with her husband Neal Marlens of the television series The Wonder Years,  noted for its portrayal of the American public school experience. She studied education and literature at Swarthmore College and UCLA, and after the birth of her children, withdrew from a successful career in the entertainment industry to become involved in the alternative education movement. Schooling the World is the culmination of many years of research into cross-cultural perspectives on education.

“The reality is that the modern school is no silver bullet, but an extremely problematic institution which has proven highly resistant to fundamental reform.  No system that discards millions of normal, healthy kids as failures – many of them extremely smart, by the way – will ever provide a lasting or universal solution to anything.”
Posted by Steve Hargadon at Sunday, July 03, 2011